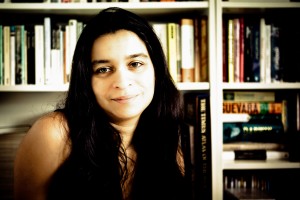 Sana Bilgrami, born in 1974 in Pakistan, is an award-winning documentary filmmaker and a film lecturer at Edinburgh Napier University.

She studied philosophy and film at McGill University, Canada. She moved to Scotland in 2000. Her Masters degree film at the Edinburgh College of Art, Under my Skin (2001), won awards at Scottish Students on Screen, was shortlisted for the Saltire Grierson award at Edinburgh Film Festival, and won Best Documentary at Chichester Film Festival. Her broadcast credits as director include Tree Fellers (2004, STV), shortlisted for a BAFTA Scotland, and Across the Waters (2004, BBC Scotland), shortlisted for a Satyajit Ray Award. Her films are screened at festivals internationally.